There are many ways to stay young. Many resort to cosmetic surgery at the expense of several hundred dollars. Some ingest medication designed to eliminate free radicals in the bodies. Some even experiment with different cosmetics and apply these on their skin, face and other parts of their bodies, hoping to gain the youthful benefits of staying young. However, these are artificially done and may pose some side effects. 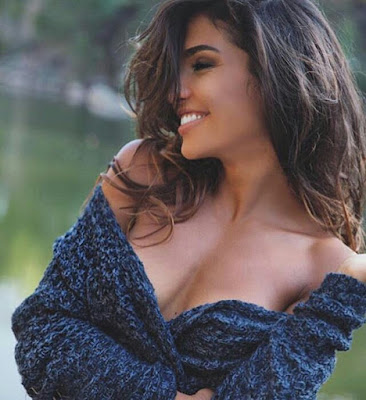 Staying healthy and staying young at the same time is hard to achieve with these artificial means. Unless one is fortunate enough to be gifted with youthful genes, one is posed with this dilemma.

Nevertheless, there are natural, and risk free ways for one to slow down the effects of aging on our
body’s systems. Believe it or not, some of these pertain to the psychological effect of a person’s
disposition. Some of the studies conducted have revealed that the individual’s outlook result to a
more youthful appearance.

Smile The Wrinkles Away

Smiling a lot at appropriate times are beneficial to the individual as it projects an image of positive
outlook both for the self and for those whom the person meets. Not only does a smile projects such
positive energy, but also allows the individual to refrain from worrying too much, as compared to when a frown or perplexed and anxious face is made.

Furthermore, a smile in practice does not distend the skin on the forehead which would have caused and increase the stress folds on the skin. This skin on the forehead causes wrinkle flaps, and frowning or worrying defines these folds every time an individual practices otherwise.

Laugh The Problems Away

It may be said that laughter is the best medicine, and actually holds some truth in it. In addition to the
positive perspective which a smile can project, actually laughing at a problem deep inside can pep up the psyche and increase the confidence level of the person. By not seeing the problem as a burden but
rather as a challenge to conquer, the method in which the solution is carried out requires less effort, less energy, and therefore better efficiency in overall body functioning.

Ever tried a sport such as ice skating for the first time? The effects are similar wherein the stressor of
a problem is analogous to the pure and extended effort of the skater to try and balance on the two blades. As soon as the individual is able to get a hold of the stressor and accepts it as it is, the numbing of the foot is lessened because less amount of muscles are now needed to maintain the same output of being able to balance on the skating shoes.

Basically, being able to laugh off problems and stressors promote the release of endorphins which gives a sense of simple euphoria on the person, and therefore promotes a healthy psychological state

Run Towards Your Opponent

Normally, passive people who have no desire to be aggressive at things would tend to shy away at the
first sign of an aggressor. They would find other means to go around an issue and avoid conflict while
still attaining resolution. Though the idea of avoidance of conflict may seem to be good as a means of staying healthy and staying young by disallowing major stressors to affect the psycho-physiological
framework of a person, there is still the risk of the stressor to actually follow from behind. This would cause increased risk of psychological disturbance on the part of the person, especially if the individual has not totally resolved the main issue.

The only way to go around a problem is to go through it. Facing a problem does not mean that the person has to fight head on. The virtue of facing a problem and laughing at it to signify confidence of self would be more long lasting. Think of it this way. A little sailboat is caught in a storm and the waves are quite big. The only way to survive a big oncoming wave is to charge and slice right through it. Trying to expose the broadside and trying to outmaneuver such a wave would easily topple the small sailboat then.

Whenever a rush to the opponents proves as a failureon your part, you will still have several chances to think about how to efficiently go through him. By practicing facing of fears, one is able to have first hand knowledge in handling with similar situations in the future.

Staying healthy and staying young is a simple psychological conditioning of a person to practice
looking at life as more than problems and obstacles and instead as challenges and conquerable events to feed the ego and soul of an individual. A healthy mind should then be able to handle a healthy body properly.

More from my site

This website uses cookies to improve your experience while you navigate through the website. Out of these, the cookies that are categorized as necessary are stored on your browser as they are essential for the working of basic functionalities of the website. We also use third-party cookies that help us analyze and understand how you use this website. These cookies will be stored in your browser only with your consent. You also have the option to opt-out of these cookies. But opting out of some of these cookies may affect your browsing experience.
Necessary Always Enabled
Necessary cookies are absolutely essential for the website to function properly. This category only includes cookies that ensures basic functionalities and security features of the website. These cookies do not store any personal information.
Non-necessary
Any cookies that may not be particularly necessary for the website to function and is used specifically to collect user personal data via analytics, ads, other embedded contents are termed as non-necessary cookies. It is mandatory to procure user consent prior to running these cookies on your website.
SAVE & ACCEPT